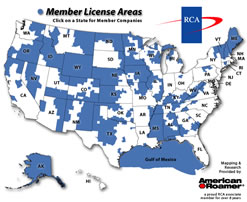 The Rural Cellular Association (RCA) filed a petition today with the Federal Communications Commission (FCC) to investigate and adopt rules to prohibit exclusivity arrangements between wireless carriers and cell phone manufactures. The RCA is claiming that exclusive agreements between carriers and mobile phone manufactures restrict consumer choice, decreases completion and violates the Communications Act. This is aimed right at the type of agreement between AT&T and Apple for the privilege to buy an iPhone.

The RCA claims that due to exclusivity agreements, many Americans are unable to use some of the most popular cell phones. Those affected usually live in rural areas where service from some wireless carriers is not available.

“It is important that all Americans have equal access to the latest technology, including wireless devices, regardless of where they live or which carrier provides the service,” said David Nace, counsel to RCA. “RCA is standing up for consumer’s rights and putting an end to exclusivity arrangements that create another ‘digital divide’ between urban and rural
America.”

The petition also claims that consumers who are able to buy and use phones like the iPhone are forced to pay a premium price for their handset and are forced to change carriers.

We have seen over the last few months that Apple is willing to wave exclusivity deals in certain countries to open new markets. I’m not sure how much weight, if any, the FCC will give this fact. But I doubt that the RCA’s petition will change much about how the mobile phone business is done in the United States. The recent auction of the 700 megahertz spectrum, and the coming of age for WiMax, promises to open new nationwide networks that may squeeze-out the small rural provider. It is unlikely that the FCC will want to force carriers and manufactures to retool their business plans.