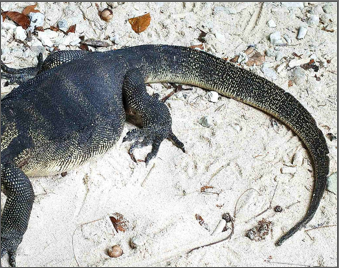 Even as Carl Icahn rallies angry shareholders to try to force Yahoo back to the bargaining table with Microsoft, one of the “strategic alternatives” Yahoo may still be trying to work out in the background is a search advertising deal with Google. There is a 60 to 70 percent gap between what Google collects for search ads and what Yahoo collects, so simply handing over a portion of its search advertising inventory to Google would boost its cash flow and profits considerably—perhaps adding as much as $1 billion or more in cash flow.

But how could such a deal pass muster with antitrust authorities, who are already investigating the test run Google and Yahoo did last month with only 3 percent of Yahoo’s search ads?

It would all depend on how a deal is structured.

One line of thinking is that Yahoo and Google could get away with a deal that only hands over 10 to 20 percent of Yahoo’s search advertising inventory. This would need to be on a non-exclusive basis, meaning that if somebody else could come in and beat Google’s revenue-per-search-query Yahoo would be free to hand them the ad inventory instead. The assumption was that this would be the 10 to 20 percent of keywords that bring in the highest revenues for Yahoo. (We discussed this point in our interview with Citi analyst Mark Mahaney last month, for instance).

But there is another way Yahoo could get a lot more bang for its buck in a deal with Google. Instead of handing over the most valuable search terms, it would be better off handing over the ones with the biggest delta in profitability (the difference between what Google makes on those terms and what Yahoo makes). Yahoo does not have any trouble getting decent ad rates for the most desirable search terms. Call those the head keywords that bring in the most revenues. What it has trouble making money on are the keywords in the long tail and torso of its advertising inventory. And that’s exactly where Google excels at squeezing out relevant matches and clickthroughs.

If Yahoo can identify which basket of search terms represents the biggest profitability gap compared to what Google makes, it can maximize what part of its ad inventory to outsource to Google. These terms will likely turn out to be the ones that are currently the least valuable ones to Yahoo. Picking the 10 to 20 percent of keywords where the delta is the greatest between what Yahoo and Google are able to charge would effectively multiply the impact of the deal. After all, there is no point in handing over high-revenue search terms that Yahoo is already matching Google on in terms of profitability.

If the numbers work out and antitrust can be avoided, such a deal would certainly be a way to appease (or at least answer) Yahoo’s increasingly irate shareholders. But if Yahoo is serious about striking a deal with Google, it should do so before the proxy battle with Icahn comes to a head.