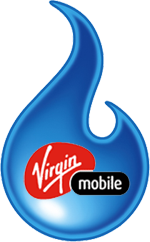 Last week, CrunchGear reported on a rumor that Helio and Virgin Mobile had gone to the table to discuss the possibility of a merger.

SK Telecom, one of Helio’s two parent companies (the other being Earthlink), is calling shenanigans. According to a spokesperson for SK Telecom, there had not been “any sort of talks” between Helio and Virgin, saying all rumors as such were “groundless” and that they remained “committed to Helio.” In the vaguest statement of the century, she also added that SK Telecom was actively seeking opportunities to expand in the US.

Being a huge fan of Helio, I’m relieved to hear that SK Telecom is sticking with’em. SK Telecom certainly has deep enough pockets, and Helio’s got the right idea – they’ve just gotta figure out a way to get their devices onto more shelves, in more places.