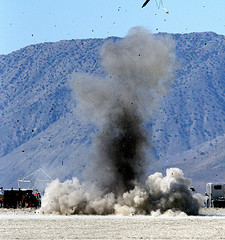 The more I learn about the $3.2 billion deal announced earlier this week to salvage Clearwire’s and Sprint’s WiMax businesses by merging them together, the more I am convinced that someone got snookered. And that someone was Google CEO Eric Schmidt. Maybe he just can’t say “No” to visionary billionaires like Clearwire chairman Craig McCaw. Or maybe McCaw got Intel CEO Paul Otellini to lean on his buddy Schmidt. Otellini himself pledged $1 billion of Intel’s money towards the venture because he has made a big bet at Intel on selling WiMax chips. He also happens to sit on Google’s board. I don’t know if any of the above happened or not.

What I do know is that Google came reluctantly to the table and that for a long time the deal was being blocked internally at Google for some very good reasons. The main reason is that WiMax as Clearwire is deploying it is not a very good replacement for mobile broadband services. It is, above all, a fixed wireless solution. What it replaces is wired broadband services to homes and offices delivered through cable and DSL. That is how Clearwire is selling it today.

But to get Google (and Comcast and Time Warner Cable) to put up the cash, Clearwire had to promise it would build out a richer mobile broadband service as well. This is why Google invested—to bring the broadband Internet to mobile devices (some of them hopefully running the Android operating system). And it is why Comcast and Time Warner Cable invested. They don’t need a replacement for cable broadband to people’s homes. They need a wireless offering to fend off AT&T’s and Verizon’s incursion into their television market. (It’s all about who has the better bundle). Everyone is enthralled with this idea of WiMax as a disruptive wireless mobile broadband alternative. Even Neal Cavuto couldn’t stop waxing about the wonderful wireless future that this deal represents.

I wish that it were true. But here are a (more) few problems:

1. Clearwire and Sprint have not yet proven that WiMax is a viable business even for fixed wireless. Clearwire lost $727 million last year, nearly five times more than its total revenues. And it is projected to lose increasingly more over the next couple years during the expensive growth phase of its business. Moreover, the uptake of the service in the 50 or so cities where it is available has not been so great. That is because, unless you live in a rural area with no other broadband alternative, it is trying to solve a problem that doesn’t exist. At this point, most people in the U.S. can get broadband at their home just fine through cable or DSL.

2. WiMax hasn’t proven itself elsewhere either. Even in Korea, which has had WiMax for two years and is supposed to be a broadband paradise, consumers are not clamoring for WiMax. There are only about 150,000 WiMax subscribers in Korea, well below initial expectations.

3. Before you can turn Wimax into a mobile broadband service, you need mobile WiMax equipment. Cell phones, laptops, and other devices with WiMax chips in them are a long way away. Intel is ready to sell those chips, but device makers are not going to put them in their gadgets until enough consumers want them. And most consumers are going to wait for a WiMax network to show up that they can access both where they live and when they travel. So there’s a chicken and egg problem there.

4. Clearwire doesn’t know how to act like a mobile company. It doesn’t have a mobile business plan. It has a fixed wireless business plan. In order to make WiMax truly mobile, you need to build out a network dense enough to cover subscribers as they move from one place to another. That is simply not the case today, even in the markets where Clearwire operates.

5. Sprint is conflicted. To deal with roaming and coverage gaps, Clearwire would need to use Sprint’s 3G cellular network as a backup. That would require another chip in each device, which would make them more expensive than competing devices from AT&T or Verizon. Also, it would require Sprint opening up its 3G network to Clearwire and, by extension, Google. That’s not going to happen.

7. McCaw may be a visionary, but sometimes he doesn’t see so clearly. Yes, he built what is now AT&T Wireless and sold it for $11.5 billion. But after that he also was responsible for Teledesic and XO Communications—two massive failures that cost investors billions of dollars. Clearwire was about to join those latter two before Schmidt & Co. came to the rescue.