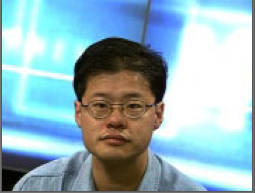 Here’s the latest Yahoo rumor that we’re chasing: The Yahoo board of directors met earlier today and authorized chairman Roy Bostock, not CEO Jerry Yang, to call Ballmer about re-starting negotiations. In fact, this rumor may have been behind the small rally in Yahoo’s stock today, which closed up 5.5 percent to $25.72 (still down from where it closed on Friday at $28.67). If this is true, it makes you wonder who is really in charge at Yahoo.

Yang has been getting a lot of grief from angry shareholders for not taking Microsoft’s $33 a share offer, and instead holding out for $37 or $38. Now his story keeps changing on when he learned about the $33 bid. But when Ballmer balked and called off the deal, that may have been when Yang’s grip on power began to weaken. What happened next was curious. In Yahoo’s official press release on May 3 responding to Microsoft’s termination of negotiations, it was Bostock who issued the primary statement from Yahoo, not Yang.

As we understand the chronology of events from last week, Ballmer made his $33 offer on Wednesday, April 30. But fearing that the offer may not have been made clear to Yahoo’s board, says a source close to the negotiations, Microsoft’s general counsel Brad Smith called Ron Olsen, the lawyer for Yahoo’s independent directors, on Friday to reiterate the $33 bid. Then on Saturday, not hearing back anything new, Ballmer reviewed his $33 bid versus the $37 to $38 that Yang had been grasping for. And then he walked.

Now the Yahoo board may be rethinking that stance, and putting Bostock in charge of negotiations. The timetable for any new negotiations is about ten days, since Yahoo announced yesterday that its annual shareholder meeting will take place on July 3. That gives Microsoft (and anyone else) until May 15 to nominate an alternate slate of directors, should it choose to revisit that option.

Whether or not Yahoo’s board actually met today and authorized Bostock to restart negotiations is entirely speculation at this point, say our sources. But here’s one more interesting tidbit. Today, Yahoo board member Eric Hippeau was supposed to speak on a panel with me and others at the In-Call Media Summit in New York (where we both live). He didn’t show up. Another venture capitalist from Softbank took his place. When I asked around what happened to Hippeau, I was told by someone else at the conference who would have known that he is in Sunnyvale. So maybe the board did meet today after all.