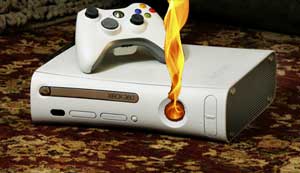 It would be easy to make jokes about how everone knows the Xbox 360 is prone to overheating, but that would be gauche. Instead, just the facts: an Xbox 360 in Arkansas caught fire and nearly burned down a house. The kicker is the owners weren’t home, it wasn’t being played when the fire started.

Microsoft did recall power cords from the original Xbox due to fire concerns, but this Xbox 360 fire is unrelated. No word from Microsoft today on the fire, but we expect to hear something by Monday.