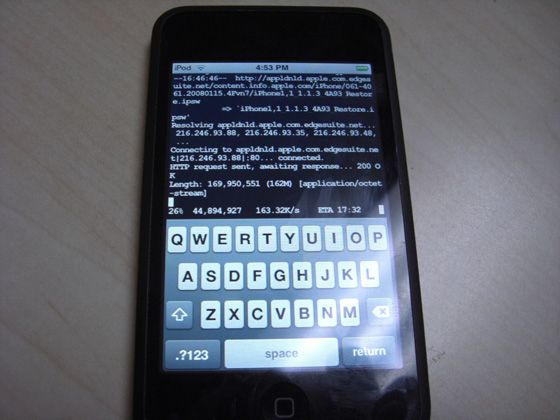 When Apple released the 1.1.4 firmware to the iPhone and iPod Touch-owning public earlier in the week, there was much excitement over who was going to be the first to jailbreak it. Well, it turns out it was easy enough to tweak the 1.1.3 jailbreaking apps to do the job; Apple didn’t really make any new prohibitions to jailbreaking in the update.

Ziphone has released a new version of its jailbreaking app, and it works easily and quickly with iPhones running 1.1.4.

So far, 1.1.4 is a minor upgrade, but it does grant the iPhone Exchange server access as well as a more stable experience.

A version for the iPod Touch, currently nicknamed Zitouch, is being worked on, but was backburnered when 1.1.4 was unexpectedly released.

Ziphone [Download page, props to JEsTer for the tips]