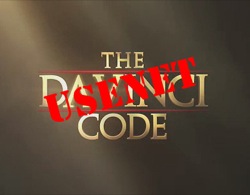 It was the week of the MacBook Pro at CrunchGear, what with Apple’s new Penryn-based laptops hitting stores and being touched and benchmarked all over. There’s even a contest! In the European Island department, the BBC had a crack at Android and Ireland’s 02 got the iPhone. We explained how to download perfectly legal things via the mythical Usenet, and a French guy made a video of the last 30 years of Apple products. We found that Rockstar may be abandoning the 360, possibly because of all those hardware issues. Sprint’s “unlimited plan” was dissected and compared to its buddy Helio’s, though a new study showed that your proteins are at risk if you use a cellphone, regardless of carrier. Be safe out there!

Heading to CEBIT next week? Drop us a line and we’ll lift some steins and around beautiful Bremen Niedersachsen district.