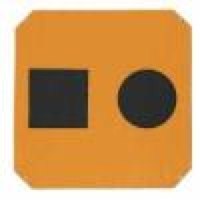 A “draft consultation Green Paper” to be released by the UK Government proposes a three strikes and you’re out law to combat illegal downloads.

Under the proposal, UK internet users will be monitored by their ISP’s for illegal downloads, and those caught will receive an e-mail warning in the first instance, internet suspension the second time, and then termination of their contract on the third strike. A similar law was proposed in France back in November 2007.

According to the BBC quoting The Times, broadband firms which failed to enforce the rules could be prosecuted, and the details of customers suspected of making illegal downloads would be made available to the courts.

The proposal faces several serious hurdles, such as attributing blame where internet access is shared, and then determining what is illegal content. Although BitTorrent traffic is primarily pirated material, there is also increasing amounts of legal material as well. Even this week a German record company offered its entire music catalog via Pirate Bay, so even using and accessing material from the most famed pirate site of them all may not actually constitute downloading illegal material.

The proposal unsurprisingly comes from the Music and Record industry, and although not yet law is being promoted by the UK Government as part of a “comprehensive plan to bolster the UK’s creative industries,” so looks like it will be implemented at some time in the future. [Techcrunch UK has more].