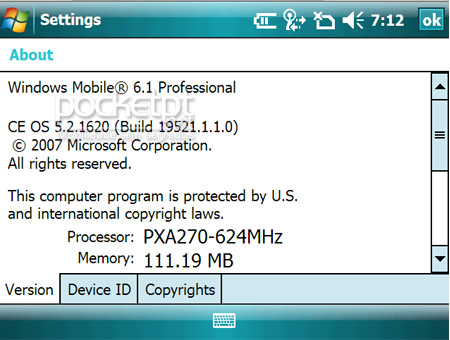 We won’t know if this is legitimate until Biggs touches down in Barcelona for 3GSM or whatever it’s being called now, but a Portuguese site supposedly has WinMo 6.1 at their disposal. Other than being a bit snappier, it also boasts a zoom function on IE that lets you, that’s right, zoom in on a particular section like you would on Opera or Safari on the iPhone. A few other things like SMS Chat view are included that basically mimic the exchange of texts like the way the iPhone does ala iChat style. The WinMo version of Office should also be able to fiddle with Open XML docs and something about One Note that lets you draw and record your voice and maybe some other things.