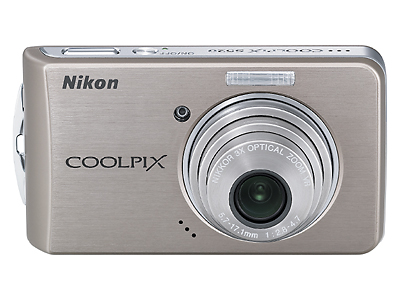 If $200 is your estimated budget for a new point-and-shoot, keep reading. Others may want to skip to the next item. Above you see pictured the new S520 ($230) in “tawny.” It and its slightly cheaper cousin, the S210 ($180), have remarkably similar feature sets. 8-megapixel, ISO “up to” 2000 (a modest boast), anti-reflective 2.5″ LCD, a cool face-priority autofocus system, and the usual other stuff.

Shockingly similar. In fact, the only difference I can detect is that the S520 has optical vibration reduction image stabilization, and the S210 uses an electronic version of same. Seems a bit of a jump in price for such a minimally discussed feature, so either the optical version is super good or the electronic version totally sucks. We will soon find out! Pictures below. (Purple = S520, Tawny = S210 in these two)