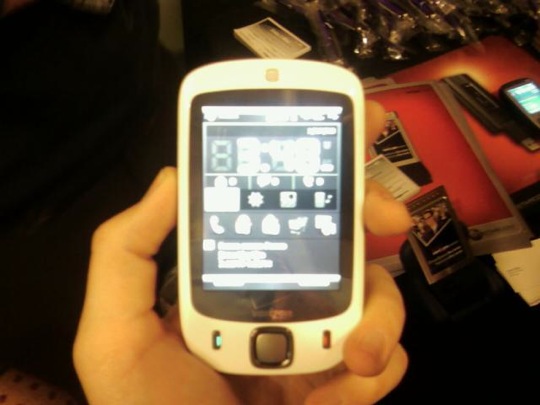 Actually, I’m just joking. The Verizon Touch is a little slimmer than the Sprint version and it’s all white, but it’s really not the second coming of the great corn god Centeotl. It is, in fact, slim PDA with featuring a fairly cool UI trick bolted onto the a rat turd baked into a loaf of German black bread and then eaten inadvertently by a five year old boy who then throws up on your lap at Zum Schneider AKA Windows Mobile 6. No pricing but it will be available in March. I wouldn’t suggest standing in line for it overnight.