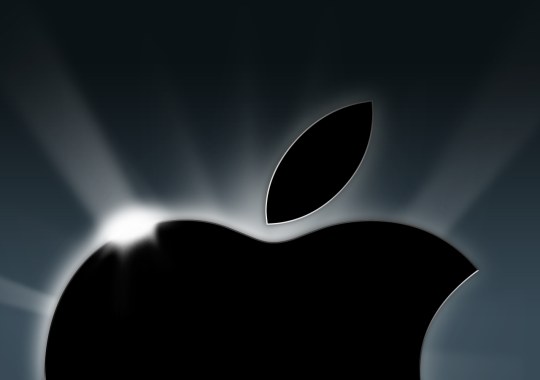 Looks like someone has gone to a lot of trouble to create a keynote outline and pass it off as real. Our take? Fakity Fake. There’s no mention of the MacBook “Air” and I feel like some of the features and hardware upgrades don’t jive, but what do I know? Click below or view the rest of this post to get the raw data and decide for yourself.

Greetings! Welcome to Moscone Center Quick Overview: iPod/iTunes
– iPod has been extremely profitable for us this holiday season
– Sales figures, market share
– Our new models are doing better than ever
– 3 iPod games released last month accidentally (supposed to be for today)
– Another new game today: Chess
– iTunes doing extremely well (sales figures/market share)
– Today: 30 indie labels releasing their entire catalogs in iTunes Plus
– Many more to follow in the next few months

iPhone
– Best iPod ever
– Sales figures, market share
– Sales beyond our wildest dreams
– Much more than the 1% market share we asked for in January
– Starting today: 8GB $399, 16GB $499
– Four times the memory as original iPhone for the same price
– iPhone is coming to Japan in March with NTT DoCoMo
– SDK is unveiled!

– Demonstration of exporting from XCode 3 to iTunes Store
– Submits source code to Apple for validation (make sure that people aren’t abusing the system, prevent malware and viruses)
– If using microphone or GSM, iPhone only; otherwise, available for both iPhone and iPod Touch
– Apps can be free or up to $6.99; Widgets free or up to $2.99
– Developers recieve 70% of revenue for their products
– Licensed under Apple Mobile Software License
– Can download wirelessly from iTunes Wi-Fi Store or docked to computer from iTunes Store
– Demonstration of wirelessly downloading (and running) the app submitted earlier
– Apps and widgets can be rearranged on front screen; front screen scrolls to show all apps/widgets
– Resubmit updated versions of apps; when added to store, iPhone/Touch will ask you to update it next time you use it (or next time you dock the iPhone/Touch)
– Developers can get their hands on a beta version of the SDK tomorrow on ADC and start developing; final version due early February
– iTunes 7.6 and iPhone/iPod Touch Software update 1.3 allowing for Apps mid-February

– Quick demonstration
– Yellow/White Book (coming with 1.3 update) (search for contacts, add them to your address book directly from the app, will sync back with address book on your Mac/PC)
– Sports Ticker (coming with 1.3 update) (choose your sports and teams, get updates on their progress)
– Another partner: Twitter (update your Twitter on the fly, see your friends tweets)

– Try these out on the show floor today

Mac
– Sales are getting better and better every day
– Hardware sales figures/market share
– Leopard released October; doing spectacularly
– Sales figures/market share
– Selling extremely well; estimated to overtake Tiger in terms of marketshare by June if you only count the new Macs that come with it preinstalled; even quicker if you include boxed copies
– 10.5.2 out today
– many bug fixes, also addressing a lot of issues and complaints users had such as list view with stacks and certain HIG non-compliance issues

Thanks for coming, and enjoy the expo!