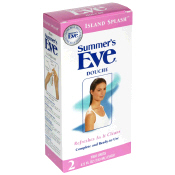 I didn’t want to weigh in on this because I know all the parties involved, I used to run Gizmodo, and I understand the impetus behind this prank. This is a nasty hack performed by punchy, hungover kids that, as we see, got the CE world’s attention. Will Gizmodo be banned? Nope. Nothing will happen, this tempest will die down, and next year someone will buy some electrical tape.

But what caused this behavior and, more importantly, whither blogging? This is something I’ve been thinking about since I landed in Las Vegas and I want to get it off my chest. Blogging, in the form we are practicing it here — with a small budget, young staff, and irreverent commentary — now has a seat at the table. For the first time in many years it was an actual pleasure to attend CES. The blogger’s lounge, far from being a second-class ghetto, was spacious, well-stocked, and relaxing. My team — all of them had blogger badges except Doug and I but they let us in anyway — were productive and had loads of fun. I may just say I’m a blogger next year just so I can avoid the scrum at the press room where thousands line up to get free lunches and read email (international journos with spotty credentials fighting for crappy lunch boxes, I would say, is more despicable than Gizmodo’s actions but, as we know, journalists love them some free lunch).

But what did it take to get that nice room and some cookies in the Blounge? It took years of hard work by actual bloggers/journalists who, after years of receiving no credentials at all are finally being recognized by the press and, more importantly, the CEA.

The turning point came when Joel Johnson received an audience with Bill Gates in 2005. This was the first time — the absolutely first time — that a blog gained the same access as any other business or industry publication. Joel was lucky to even get a CES pass that year and I believe he went alone. He made a place at the table for us all.

It’s only been three years since that day but it feels like a lifetime. In the interim bloggers have sat down with just about every major player in the industry, we’ve received credentials to all manner of events, and we’ve completed the transition from fringe to mainstream. That I was able to create CG and find a major audience in a little over a year is a testament to this fact as is the corporate buy-out of Weblogs Inc. AKA Engadget and Gizmodo’s startling traffic. Blogs matter.

Giz still holds the irreverent stance and that’s fine. They pump out content with abandon, flooding feed readers and gaining human readers daily. That’s how Denton’s sites work. There is no surer way of getting traffic — what Joel used to call the low hanging fruit — than having a constantly updated front page. People love novelty. Sometimes you have to make your own novelty and the results often hurt the companies you cover. This is a calculated risk and Giz took it in posting their little prank.

Moving on to young employees: Giz hires kids in the literal sense. Young people, people straight out of college, don’t cost much, work hard, and love the concept if not the practice of creating for a mass audience. If there’s one “best practice” it took from my time at Giz it’s that the “pure, young products of the Internet age” make the best employees and are the worst liabilities. My employees have puked on sales people, been kicked out of press parties for drunkenness, and misrepresented themselves to get free stuff. Brian Lam’s employees messed with a CES presentation and acted like douches and, incidentally, probably puked on sales people as well. Whereas the old media — read “editors” — know that free whiskey is not always a good thing, I’m sure they had the same heady rush of power when their by-lines first hit print and I’m sure they raged against the “PR machine” in their day but many have learned to work around that world and produce good and clean reporting using hard won insider contacts.

And so we see what blogs hath wrought. I doubt Walt Mossberg would run around turning off TVs or getting really drunk. I doubt David Pogue would take pictures of booth babes. But these sophomoric shenanigans — along with rumors, rants, and fanboyism — are sadly the bread and butter of blogging. Otherwise a blog is just a press release regurgitation machine. Will Denton’s kids grow up? Absolutely. I’ve been blessed, so far, with a group of guys who have already had some work experience and understand the honor and privilege of being able to Porky Pig it while the rest of the workaday world reads our scribblings and, more importantly, to be heard in the vast wilderness of CE reporting. While Brian Lam inherited a number of great guys, most bloggers don’t understand the work folks like Joel Johnson and Pete Rojas put into getting a seat at the table and gaining the right to speak. Maybe it’s important they don’t understand this simply because many of these noble savages post pithy and exciting stuff and report on rumors and problems that most companies want to keep under wraps. And then you have a few who turn off a bunch of TVs or puke on a sales guy. While I’m sure editors at Business Week rarely have to sprinkle out sawdust in the break room, they are looking to emulate our style if not our traffic. Unless they’re willing to accept the risk of an asshole move with the promise inspired ones, they’ll be sunk. And unless bloggers are ready to act their age and use their skills, energy, and position to help consumers and not piss of PR folks, they’re also sunk. We’re almost there, but each stunt like this pushes us back a notch.