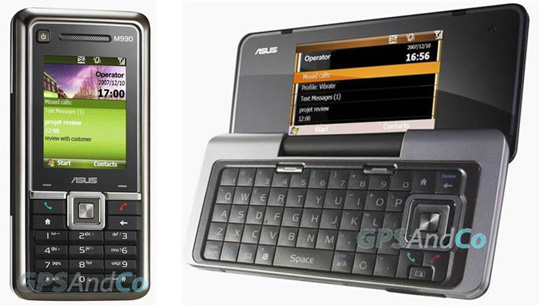 We love smartphones, and we love Asus, and when we heard Asus was going to start making smartphones, we got silly on ourselves, even if they are Windows Mobile based. But when we caught wind of this pretty hot design that Asus is using for its next phone, and read the decent specs, well, you don’t want to know what happened.

It’s utilizing a handy flip-out QWERTY design that we’ve seen before, but with a larger screen than the enV, which it’s similar to.

The device has a 520MHz proc, 256MH storage and 128MB RAM, 3G, and runs on GSM, it should work with AT&T or T-Mobile here in the states. It also has Wi-Fi and Bluetooth, natch. Since it’s a fairly simple affair, it shouldn’t break the bank. We’ll look for it at CES this coming year.