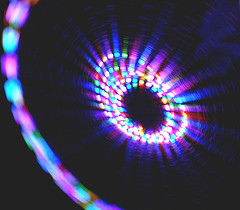 Yesterday, the FCC announced the list of applicants to the upcoming 700 MHz spectrum auction. Of the 266 applications submitted, only 96 were accepted, and another 170 were deemed incomplete (but these will be given a chance to provide the required information and participate). You can download both lists, along with the announcement here at the FCC’s Website. Some interesting names popped up in both lists, not least of which is Paul Allen’s Vulcan Ventures and (as expected) Google Airwaves, both accepted bidders. Most of the names are obscure holding companies or regional telecom companies.

What is even more interesting is the list of incomplete applicants, which is filled with major telecom companies who should know how to fill out these applications by now. They include:

Verizon Wireless was not listed under its own name in either list, although Reuters reports that the company did file an application. [Update: Verizon was listed under Cellco, per one of our sharp-eyed commenters, and added above. Anyone know Craig McCaw’s holding company name?]