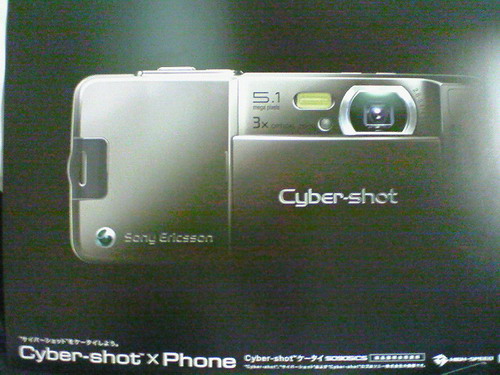 A couple years ago I would have refused to buy a phone with a camera – useless, I’d say. But since then, the cameras on phones have become far better than the old Powershot I was using at the time, and my last three phones have had functional cameras that I’ve actually used. So when a leading manufacturer like Sony Ericsson drops a phone with 5-megapixels and a 3x optical zoom (above, the seductively named SO905iCS), I have to take my skepticism with a grain of salt.

Digitimes, who almost certainly spend more time with the stats than myself, saw this as part of a trend in which vendors are pushing their high-end phone-cams with autofocus, optical zoom, and so on. It’s a convergence party, baby! In any case, what with megapixelage going up, you need those higher-end features so your pictures don’t look like crap. You can deal with a fixed focal length when you’re using VGA resolution, but come on, we’re not taking pictures of Wolfenstein 3D here.