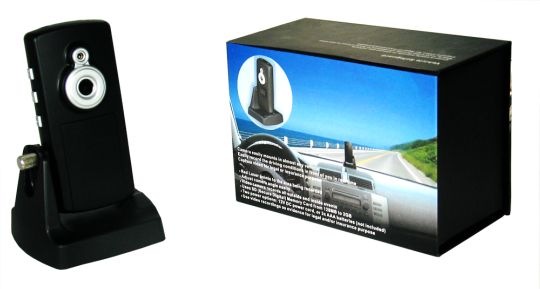 How many hilarious moments have you witnessed from behind the wheel of your car? Tens? Hundreds? Now imagine if you had a dash-mounted device that could record up to eight hours of video at a time and would preserve all these moments forever.

Catch the physical comedy of the neighborhood invalid slowly traversing a crosswalk while the light turns green and everyone starts honking, laugh in horror at the deer that’s planted itself right in the middle of the highway while it’s raining sideways, and fall in love with hilarious "I go from zero to bitch in five seconds" bumper stickers all over again. All this and more can be yours with the CarCam Voyager.

Oh, and you can also use it for stuff like insurance and accidents and whatnot. It costs $80, uses three AAA batteries or 12-volt input, and accepts SD cards up to 2-gigabytes.