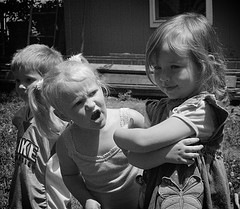 Oh come on. This is terrible.

"Seniors at the Lilac Plaza Retirement Home in North Spokane sold recipe books to raise money to buy a Nintendo Wii," according to news station KXLY.

How great is that? Old folks rolling up their sleeves to raise money to buy a video game console that’ll bring near-limitless joy to their otherwise mundane daily routine.

After only a month, the Wii was stolen. Stolen. "People that live in the home say the Wii kept them entertained and active, and with limited incomes, and a limited supply, some are worried the game will never be replaced," says KXLY.

That’s very sad. I know how I’d feel if someone stole my Wii. I can’t imagine how upset these people must be right now.