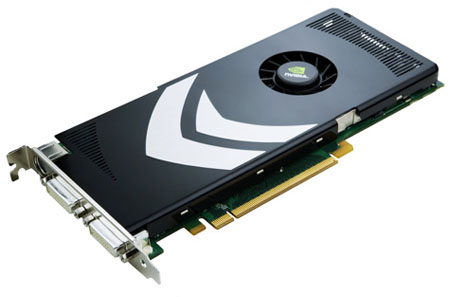 Good timing, guys. The graphics giant has changed up the architecture on its popular, high-performing, mid-range 8800GTS line. I have one and I can tell you it’s a great card (it actually does run Crysis) but I’m mad that they’ve tweaked it so soon after I laid down the cash. This is probably in response to a poor reception to its 640MB 8800GTS, which had very little performance difference from the 320MB version but cost significantly more. The new 512MB version sits nicely between the two, and has had its shader processors upped from 96 to 128, which are especially important in this year’s crop of games. Look for the new card soon around the $300 mark.