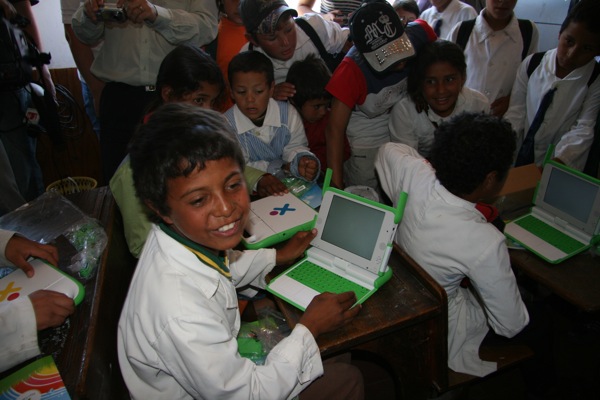 We’ve been paying a lot of attention to the OLPC project, and the resultant XO laptop. That’s because the project is ambitious as it is important, putting laptops into the hands of those who otherwise wouldn’t have access to them, thus bridging the digital divide.

They’ve been in design, in theory, in limbo, and now, finally, in the hands of students who they’re meant for. Uruguay this week becomes the first recipient of XO laptops for its school kids, and so far reactions seem ecstatic.

OLPC has taken a smart move by locking the sought-after devices just before shipment, with an unlocking key at the arrival point, meaning that if a shipment is intercepted, they machines can’t be used. Nice thinking.

We’re happy the project can now be called successful in most respects, and that the concept has been proven.