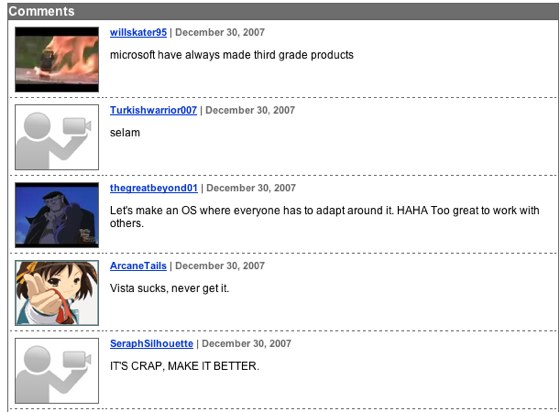 Okay, thankfully it seems as though Vista SP1 actually will noticeably increase speeds, particularly in the networking department. According to Ed Bott at ZDNet, the tests I told you about last Tuesday were "based on a silly artificial benchmark involving scripting of Office applications." So be it. And yes, those test had nothing to do with networking.

I’ll reserve judgment about how much better networking — particularly wireless networking — is until I’m able to get my hands on the service pack. And frankly, I’ll take stability over speed. His initial findings are somewhat reassuring, although not everything’s been fixed. Particularly that pesky Windows Media Player bug that cuts your networking speed in half whenever you listen to music.