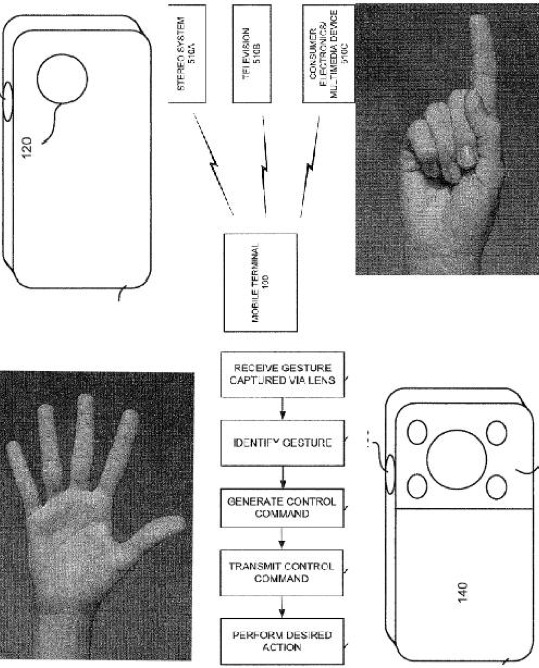 Raise your finger if you think this patent is stupid.

Patents are ideas officially recorded by companies to ensure no one else gets them first. They are not “roadmaps” nor is there any proof that they will ever be implemented in any actual device at any time. Look for Apple’s patents for the iPod. I doubt there is anything that remotely resembles the entire iPod in the patent database and even the scroll wheel is probably owned by another company, to whom Apple pays a few pennies per unit in royalties.

That said, by saying “So I wouldn’t be surprised if we’ll see it implemented in Sony Ericsson phones pretty soon” when describing a wonky system for waving your hand at a phone to answer it or increase speaker volume is fairly misleading. You could perhaps say that “So I wouldn’t be surprised if a grad student working in SE’s research lab on summer wrote a piece of Java code to enable this functionality but if you put it into the real world, the phone would pick up every time the cat walked by waving her tail.”

Most patents never see the light of day and if they do the appear in massively altered forms. That is all. Please go back to your regularly scheduled drooling.

Control your Sony Ericsson phone with the hand gestures [Unwired]