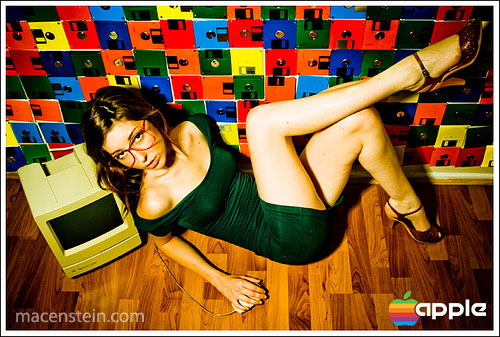 So, Dr. Macenstein introduces a Mac Chick of the Month that’s usually very tantalizing and something I certainly look forward to every month (my fave), but today he received a photo from one of his readers that’s purported to be the first Mac Chick, circa 1990. The ad is showcasing the Mac Classic and a very not unattractive model. Does anyone remember this or is it fake?

Update: The truth has been revealed about the purported Mac Classic ad from 1990 that popped up on Macenstein last month. And the truth is that Tim Melideo shot this back in July with model Wendy McColm as a gag to see how far it would get on Digg. Well, his dirty trick worked. I feel dirty. And that Wendy McColm. Hot.