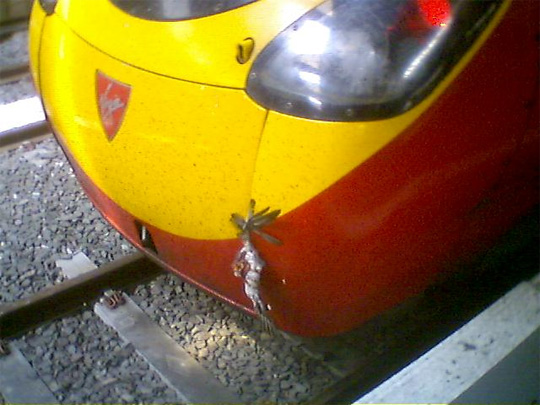 We’ve all heard the addage “Hang up and drive, assface!”, but I would like to remind our readers to hang up and walk.

In San Leandro, CA, a man was tragically hit and killed by an oncoming train that he was oblivious to, thanks to his cellphone conversation.

And this is the second time in as many months that this has happened. Apparently he’s not a CrunchGear reader. Be careful out there, readers.