On Friday, RockYou took over the top spot on Facebook’s list of applications with the most active users. The application, called Super Wall, overtook Slide’s FunWall. Slide still has the No. 2, No. 3, and No. 6 Facebook apps, while RockYou only has one other app in the top ten (X Me, at No. 5). The top apps are still ruled by a few dominant names.

In a press release touting that it is now better than Slide, RockYou also claims to run the biggest ad network on Facebook. But it is unclear how many of these ads are circular links to other apps. There is a lot of funny money on Facebook. Rock on. 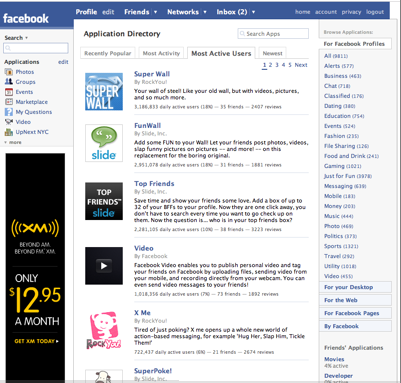