http://cellfish.com/static/swf/player8.swf?Id=241751
New York based Cellfish Media has launched a new service that delivers media to mobile phones, complete with on the fly conversion that provides access to most handsets.

AddtoPhone works via an embeddable button; users click the button, add their cell number then AddtoPhone sends them a SMS message with a link to the content. The service renders the media on the fly to fit the specific handset in formats including h264, h263, mpeg4, 3gp and 3gp2, and supports pictures, music, videos, or news feeds. Users are able to keep content via a “locker” that is accessible via the web or their mobile phones.

AddtoPhone also provides an API that allows website owners to create their own tools using the sites functionality, or you can send a file from your computer to a cellphone as well.

Bango launched a similar service a couple of weeks back but Cellfish claims their service is easier to use, and supports sending content via AddtoPhone to anyone, which apparently Bango doesn’t yet support.

Ultimately the easiest way to view videos on a cell phone would be for cellphones to support the various file types used in online videos, but given that’s not going to happen any time soon (the iPhone still doesn’t support Flash for example) AddtoPhone provides a decent alternative for sharing online content with friends via cell phone. 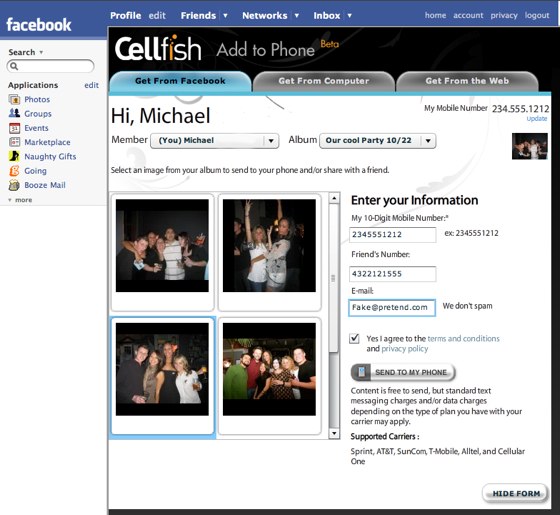