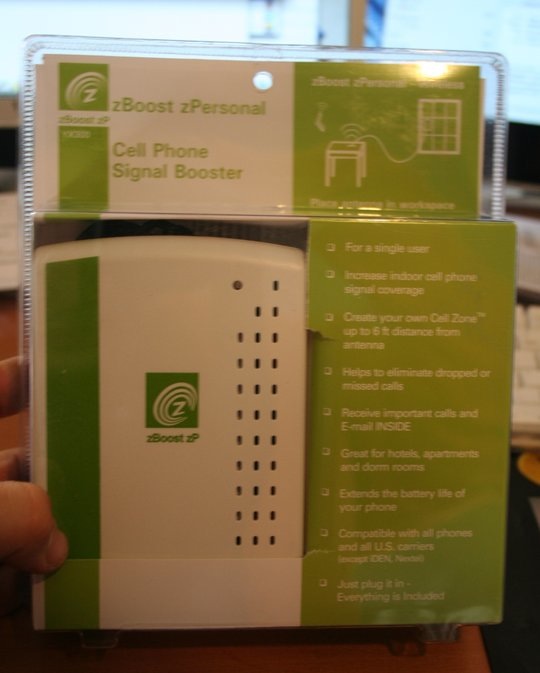 New York is a city of contradictions. On one hand you have great hot dogs, the Met, and Central Park. On the other hand you have urine, other people’s urine, and bad wireless reception. Due to overwhelmed switches and line of site issues, you either have great reception or no reception. There is rarely a happy medium.

Wi-Ex makes cellular boosters. I reviewed a beefier version of this same repeater almost a year ago and I was very, very pleased. In house that was essentially a wireless dead zone I was able to get full-bar reception just by turning on a box. I’ve recommended Wi-Ex to a number of folks already and was very interested when the folks at the Repeater Store told me they had a brand new version that was much smaller and didn’t require a massive can antenna mounted to a radio tower. 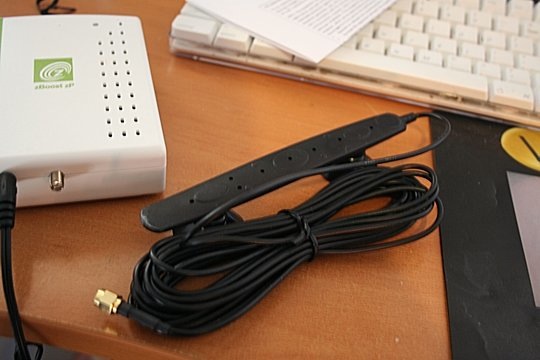 The YX300 is about four inches long and has a plastic antenna and power cable. You stick the antenna to your window using the included suction cups and plug in the device. When the light is green, your cellular reception is clean. If it’s red then the box is too close to the antenna and you simply have to move it away.

In my new house I’ve found that my calls are cutting in and out. After installing the YX300, I anecdotally notice less cut-outs and I noticed more bars and a higher signal strength as compared to the situation without the YX300. For example, I just plugged in the YX300 and now have full reception at -85 dBm on a T-Mobile Sidekick LX. I unplugged the zBoost and it immediately began dropping to -91 dBm. Plugging it back in got me -83 dBm. 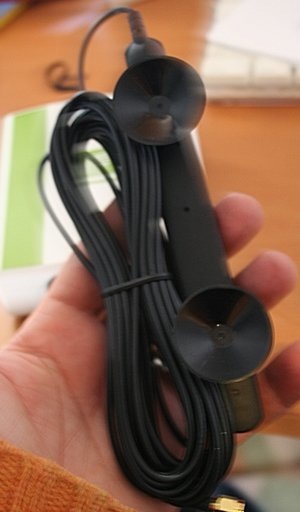 The YX300 is dual-band, which means it works with all cellphones except Nextel walkie-talkies. It claims to improve EDGE and EVDO signals and increase battery life, but I saw no major difference during testing. Using the original zBoost, however, I did see increased battery life in the Sidekick 3 simply because the poor thing didn’t have to try to find a clean cellular connection every five minutes when the booster was on. In short, all numbers point to this thing working and working well.