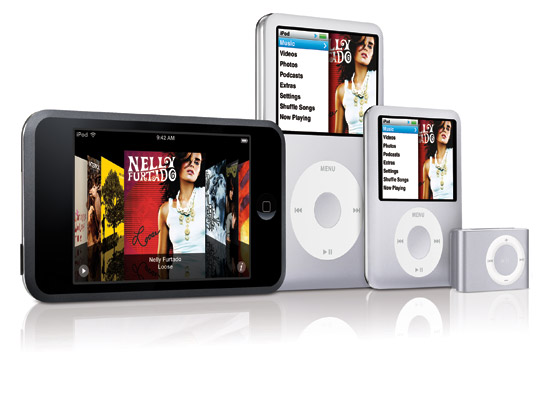 About a week ago, Drudge ran a headline something to the effect of: SHOCK: NYU STUDENTS WOULD TRADE THEIR RIGHT TO VOTE FOR IPOD TOUCH. While I wasn’t part of the poll even though I’m in the journalism building pretty much all day (posting to CG, natch), I think it’s safe to say I’d give up my right to vote for an iPod touch.

Why, exactly? Because I’d get more out of an iPod touch than I would voting. Allow me to explain.

It comes down to this: my vote wouldn’t mean a damn thing. Take a look at this election snapshot from 2004.

I live in Dutchess County, NY; I’m only in the city for school. The county more than slightly leans Republican, so if I were to vote for a Democrat my vote would be pointless. Since we use a FPP system, the winning Republican gets all of the county’s votes. I might as well have stayed home. 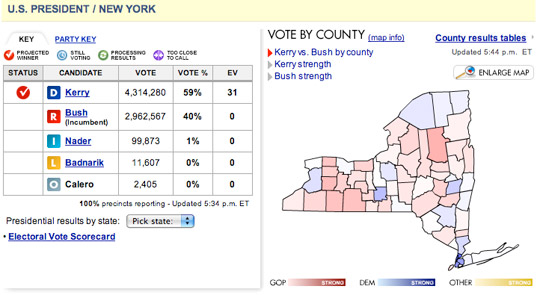 Kerry won handily, with some 59 percent of the vote. So even if my vote counted at the county level, which it wouldn’t since I want a Dem in office, my vote wouldn’t be pivotal; it would just go into a giant pile of Kerry votes. Why leave the house and wait in a line in some dumb high school gym if I’m just adding to a gigantic pile of Kerry votes? I could be watching TV, playing WoW or screwing around with my iPod touch, as it were.

Never mind that I won’t even be voting this time around anyway because all the candidates, on both sides, are wishy-washy question-dodgers.