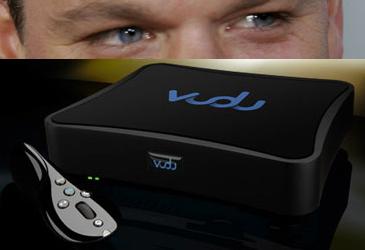 Video-on-demand hustlers VUDU are taking the high road in the HD-DVD/Blu-Ray battle. Opting to skip discs altogether, they’ve pre-loaded the first two Bourne movies in HD onto every new VUDU being bought, and they’re beaming it out, if you want it and already own their contraption. And they’re offering the final installment of the uber-spy’s thrillogy for the low, low price of $25.

Wait a minute, that’s not very low at all. And the movies are in 1080i, which is better than watching on YouTube, but not as good as, say, the Supremacy HD-DVD, on sale for $20 at Amazon right now. Still, these are just the opening volleys of a third contender in the format war – the “no format” faction, offering direct-to-drive HD downloads at… well, maybe at reasonable prices later. In the meantime, be happy you can now watch People’s Sexiest Man Alive for 5 hours plus without leaving the couch. I’m sure that’s a killer app for somebody.