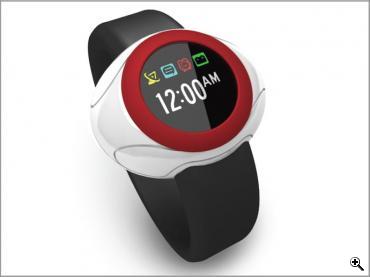 he U.S. Company Exmocare has developed a novel wristwatch, which is capable of monitoring many physiological signals. The watch can send a report regarding the wearer’s emotional and physiological state to a loved one or caretaker, via email, SMS, or instant messaging. The Exmocare wristwatch could prove to be an important tool in the field of remote care for the elderly and according to Exmocare should be available stating early 2008.

[Blah blah blah commentary about how this is really stupid]