Update (Nick): We contacted John about the traffic spike. Essentially he says that the OpenSocial announcement helped publicize Plaxo Pulse. He believes the platform was more mature this time around and convinced a lot more users to sign on and invite their friends who invited more friends, causing the hockey stick.

Ever since Plaxo joined Google’s OpenSocial platform a couple weeks ago, the number of connections on Plaxo has skyrocketed from about 200,000 to over a million. Here is a graph from Plaxo marketing VP John McCrea (nice hockey stick, John): 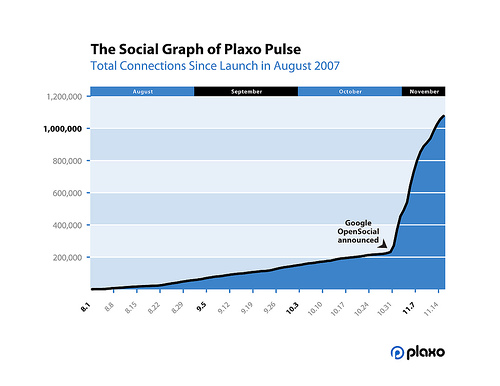