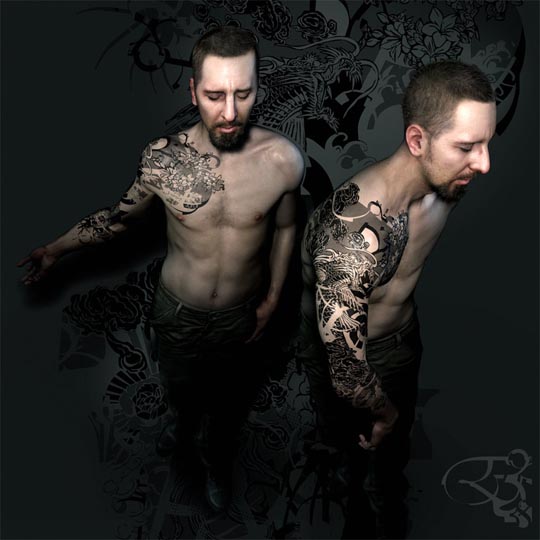 I’m of the mindset that you shouldn’t think about getting a tattoo and that you should just do it. If you begin to second guess yourself, well, then, it just won’t happen. Know what you want before hand and then just do it. Of course, you should find a good artist to begin with instead of some hack in St. Mark’s Place. It’s better to pay a bit more when getting something permanently done to you. A good artist will know what your tattoo will look like on whatever part of your body and they’ll make suggestions if it doesn’t work out the way you want it to. Don’t get me wrong, I’d like to know what my next couple tattoos will look like before I get them done, but I trust my artist so it doesn’t stress me out so much. BUT…if you’re a mangina and you just absolutely need to know what it looks like then meet Loïc Zimmerman.

Loïc is a CG artist for a French video game developer. He wanted a tattoo that that he, himself, concocted from his own brain. Artists are the pickiest ones so I completely understand. But the fact that he created a 3D rendering of himself down to his musculature is above and beyond obsessive. It’s Japanese style and he doesn’t really veer too far off from the traditional style so I must applaud his efforts. The shading he puts into isn’t too shabby. It’s not traditional style, but it looks very good and gives off an updated look. It’s a three-quarter sleeve and it stops just about where it’s supposed to. Ok, fine, I admit it. Loïc did a pretty damn good job, but I’ll always trust my artist, Igor, to do it right. 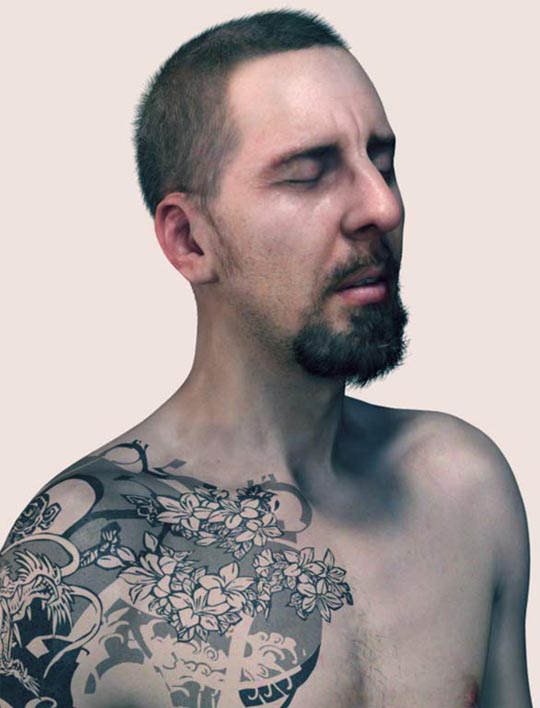 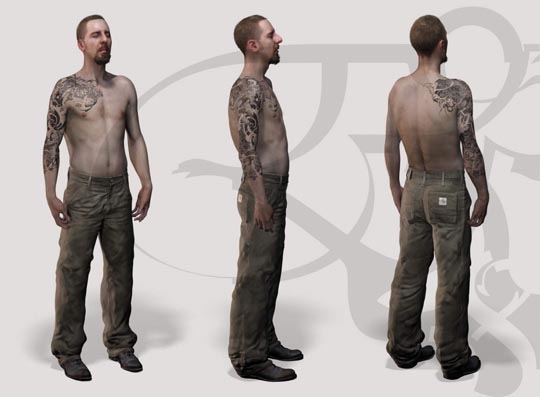 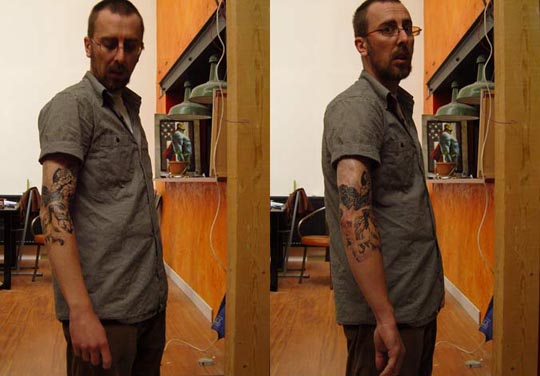