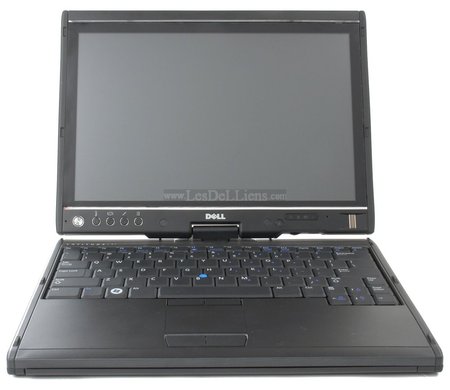 We know that Apple’s working on multitouch MacBooks, but it might be Dell that first brings the technology to the market. Buried in a story about Dell’s efforts to go greener is word the the forthcoming Latitude XT tablet PC, which would be Dell’s first, will feature multitouch. We’d heard it was to launch earlier in the month, but so far no go.

This is interesting because now we know the technology is going beyond iPhones, which, granted, we knew it would. But it’s not Apple doing it, it’s Dell.

Steve! Hey, Mr. Jobs! Wake up! This new tablet might just revolutionize the waning tablet PC market. Of course, we’ve heard rumors that Apple is working on a tablet-style MacBook, but will it beat Dell’s, which is confirmed, to the market? Let the multitouch tablet race begin.