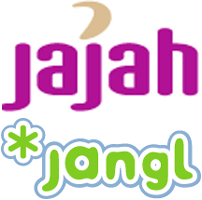 VOIP provider Jajah and social VOIP startup Jangl are partnering up to create some new products out of a mutually recognized compatibility.

The deal makes a lot of sense. Jajah is a high-profile VOIP startup making great strides in bringing VOIP to regular telephony (with over 2 million registered users), but their recently launched click-to-call widget hasn’t yet given them a large web presence. Jangl’s calling widget, however, has distribution on over 40 million user profiles through deals with social networks like Tagged.

Specifically Jangl will be using Jajah’s back-end VOIP engine to serve their calls. With Jajah in over 122 countries, it will give them a much greater reach than previously. In turn, Jangl will be using Jajah’s newly launched pre-call advertising engine to monetize their service with geographically specified ads powered by Oridian (another one of Jajah’s recent partnerships). The two are also alluding to future “strategic development and emerging products” as well, but not saying much else.

If the two ever decide to merge (not that we have any indication that they will), either one would only have to change the last three letters of their name (preferably Jajah—Jangl is the better name, at least for English speakers). Some customers might not even notice the switch.