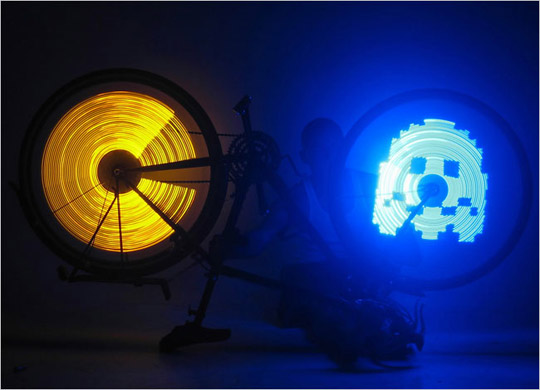 As much as I enjoy screwing around with the latest tech goodies, I couldn’t build a car out of legos, much less Steampunkify an old keyboard or mouse. Plenty of folks can, however, and are turning their gadget making and tinkering skills into viable businesses. Take Limor Fried, who runs Adafruit, a Web site that she uses to custom etch iPod and laptops and the like with personalized messages—”CrunchGear BFF!“, for example.

Say you have a design in mind that you’d like to see made into an actual product. Not a problem. Go to something like Ponoko and upload your designs. The company will then create your design, which you’re then able to sell through the very same Web site.

One wonders, just why do people go to such lengths to create items when they can just as easily go to a Wal-Mart and buy the product there? Fried says tinkering and creating gives the final project a more personal touch; you’re less likely to throw something out if you’ve given it your own personal touch.

Tinkering at Home, Selling on the Web [New York Times]