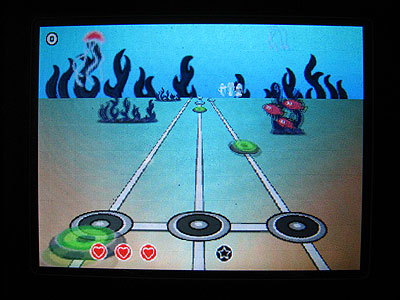 Apple released iTunes 7.5 yesterday and one of the prominent new features is Phase, a game for the 5G, nano and classic. Developed by Harmonix/MTV, the game is essentially Guitar Hero for your iPod. That makes sense seeing as though Harmonix developed GH as well as the upcoming Rock Band. Rather than using a mini guitar (and looking like a fool), however, you control the game with the iPod’d left, center and right buttons. Otherwise, you know the drill: songs play and it’s up to you to tap the button just as the little symbol thing crosses the other symbol thing.

I’d say it looks to be worth the $5 Apple is charging for it.