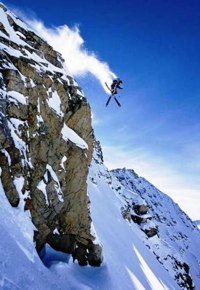 Readership of newspapers has continued to decline in the United States as more readers turn to online sources for news, according to the NY Times.

The Audit Bureau of Circulations figures show that newspaper readership dropped 3% compared with the year before.

Some newspapers fared better than others, with the US Today recording a 1% increase in circulation, along with the LA Times 0.5% and the Philadelphia Enquirer at 2.5%.

We’ve written about the decline in print media many times before. Most recently I noted that 2008 may well be the year we see big shut downs in magazines, and rightfully so: tech magazines in particular compete with online publications that print news when it happens, as opposed to 6-8 weeks later. However newspapers aren’t quite as doomed as some may suggest, with the World Association of Newspapers reporting that to February 2007 global newspaper circulation was up 9.95 percent over five years and 2.36 percent over twelve months.

The decline of print media isn’t an international story, it’s one that’s very much focused on the United States, and to a lesser extent the English speaking world. The problem today with print media in the United States is that it has yet to have undergone a massive market restructuring that has occurred in other countries. In Australia in the 1980s, early 1990’s the number of daily newspapers shrunk massively in a major round of market restructuring lead by News Corp. My native New South Wales (pop 6.8m) went from four local daily newspapers to two, excluding the national papers but published in Sydney The Australian (think USA Today) and The Australian Financial Review (think WSJ). Four of the six states in Australia (Queensland (pop 4.3m), Tasmania (not a lot), Western Australia (pop 2.2m) and South Australia (1.5m)) were left with only one local daily newspaper. Compare this to some similar US states; Massachusetts (6.4m pop) has 31 daily newspapers according to Newspaperlinks.com. Nevada (2.4m), with a similar population to Western Australia has 6 daily newspapers. The problem with newspapers isn’t the web alone, its excessive choice in a declining market. Newsprint has a future, but not in a cut throat marketplace that provides more choice than the market can consume.