New online video startup Joost may have been somewhat overshadowed by Hulu news the last month or so, but that doesn’t mean they’ve disappeared entirely.

Tonight they’ve announced a very cool new feature to the service – instant messaging, via Meebo. Integration for now is via Joost widgets. Over time the feature will likely transitioned into a more direct integration.

Joost is starting to play the numbers game, claiming 15,000 shows and 250 channels. Depth is great and all, but what users really want to see is the good stuff. That’s where Hulu, despite its faults, has a big stronghold. Joost needs to have the compelling content, not just the long tail. 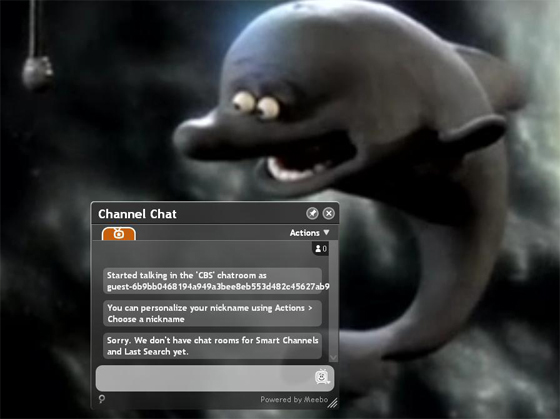