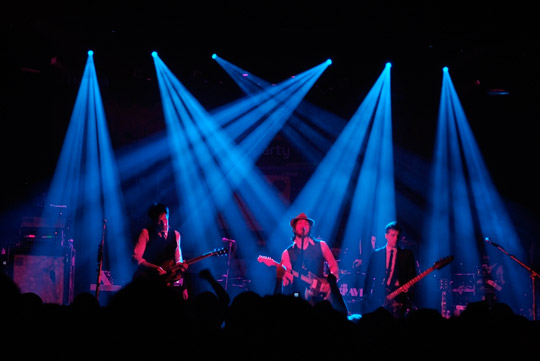 Photo courtesy of this guy.

Consumer electronics companies go to incredible lengths to get their name “out there,” where “there” is any number of media outlets… even this one! Last week, Fujifilm held a little get together at Irving Plaza in New York to promote its youth-oriented FinePix Z10fd point-and-shoot. Being as clever as I am, I quickly made the connection: oh, it’s a camera for young people, hence I’m at Irving Plaza watching The Bravery and figuring out how I’m gonna edit all these photos I took earlier in the day for a photography class when I get home.

Anyhow, a party report follows. These type of events occasionally happen, so if this is a hit (and, well, even if it’s not) expect more reports. 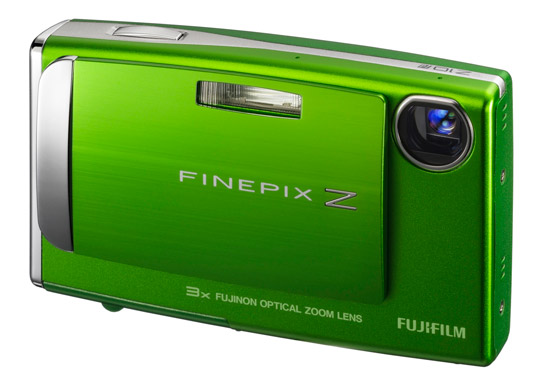 First, the camera itself. I only played with it for like three minutes, so I don’t really know how well it performs (nor can I endorse it just yet) when you’re at the bottom of the Grand Canyon and it’s windy and everything. The 7.2-megapixel little number has all the features you’d expect from a point-and-shoot. Face detection, red eye removal (note to my friends on Facebook: please use some sort of image editing program to remove red eye. You look ridiculous.), a blog mode that automatically resizes images, etc. There’s even an IR transfer feature: point two Z10s at each other and you’re able to send pictures back and forth. Reminds me of GameBoy back in my younger days. 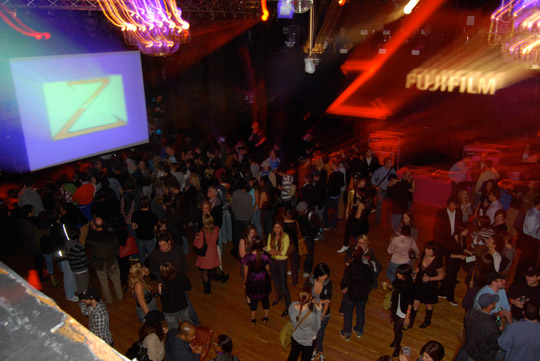 Someone at Fujifilm broke out the checkbook and got The Bravery to perform. Comedian Paul Mecurio hosted the proceedings, telling jokes (at least I think they were jokes… oh slam) and giving out prizes like cameras and t-shirts. 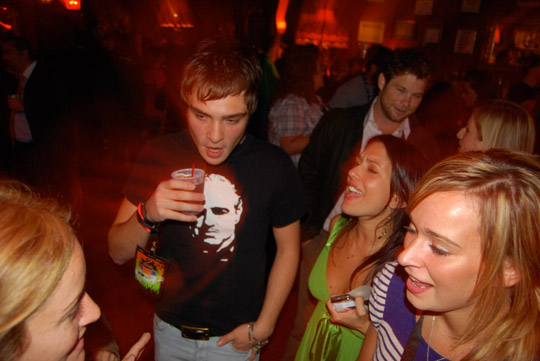 There was also a smattering of celebrities. I honestly didn’t know most of them, but I totally recognized the guy from “Gossip Girl,” the most important TV show in history. You’re no one unless you’re talked about, dontcha know? I was like, “dude, you’re the guy from ‘Gossip Girl.’ I heard you were coming and downloaded the first episode before leaving my apartment.” In his RP accent (I guess he’s British, I don’t know) he told me, “oh cheers, mate.” Then he walked away. But then he sat at my table and we told a few off color jokes. 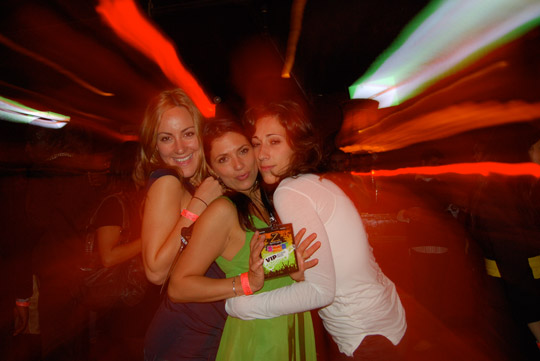 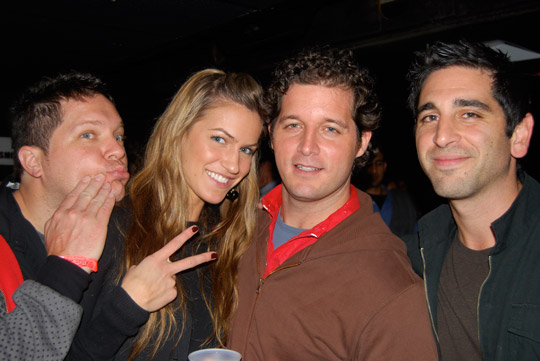 I have no idea who these people are, but I said I’d publish their picture. And here we are.

Then midnight struck, my shoes turned into potatoes and some very pushy bouncers insisted that we all leave.

One note, public relations companies: hire the DJ duo Futureshock and host the event at Pacha. You have no idea how happy that’d make Vince and I.