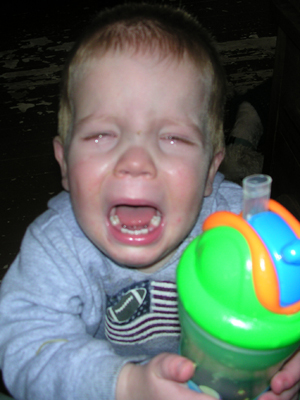 Apple destroyed the music business in terms of pricing. That’s right, friends. It wasn’t the industry’s reliance on the album model. It wasn’t their inability to react quickly and decisively to online threats. It wasn’t their failure to create a better pricing model than 99 cents a track, $12 an album. It wasn’t their self-defeating and expensive attack on file sharing. It was Apple, people. And it was their pricing strategy.

Noting that NBCU booked just $15 million in revenue during the last year of its iTunes deal, Zucker described the company’s deal with Apple’s digital media store as one that was corrosive to its media business. “We don’t want to replace the dollars we were making in the analog world with pennies on the digital side,” he said. What Zucker does want is a piece of Apple’s iPod business. “Apple sold millions of dollars worth of hardware off the back of our content and made a lot of money,” Zucker said. “They did not want to share in what they were making off the hardware or allow us to adjust pricing.”

Mr. Zucker — can I call you Jeff? — your failure to ride the MP3 train early on is what is currently pulling music and video sales into the doldrums. There was ample opportunity, in the early years, to grab a piece of the device pie. Sure, early adopters and the smart kids will always pick up something like the iPod and rip their own tunes. But if you had partnered with someone like Archos, sold music at $1.50 a song or whatever, and kept at it even as iTunes ate your lunch, you’d at least have a fractional interest in the digital world. Just because your current business model can’t support inflated, half-assed records and movies. You guys are responsible for Paris Hilton’s musical oeurve, not us.

I’m sick — sick! — of media blaming hardware for their troubles. I mean that’s basically what they’re doing: their idea is that if there was no X, we’d be in business right now. It started with tape recorders, then VCRs, then CD burners, then PCs, then iPods. If you worked hard early on during each of those stages, keeping abreast of technology, understanding your audience, you’d be offering a branded media player with Wi-Fi and an Ethernet jack that fits into your back pocket and holds your entire back catalog in a lossless format. You could shut down your distribution channels, sell content online only, and leave it at that. Apple made consumers happy and, in the process, got rich. Maybe that should be your new game plan, Jeff?