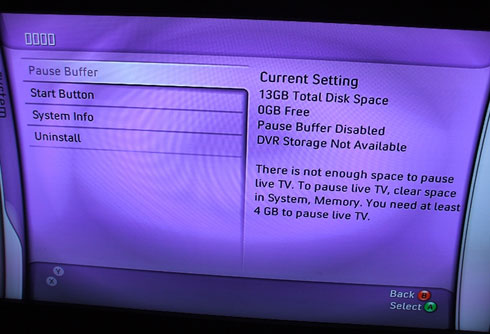 Screens of an IPTV interface in the Xbox 360 Dashboard put people into a frenzy. Were these legitimate screen shots, or were they just the work of some lonely teen?

Microsoft admitted that the screens are real, but that its IPTV services will be rolled out after the Fall Update. On top of that, it’s up to individual service providers whether or not to carry the IPTV service at all.

Microsoft: IPTV not a part of Xbox Live Fall Update [Joystiq via Xbox-Scene]