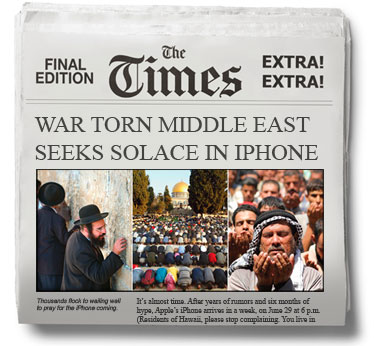 Need another reason why Apple isn’t in a hurry to dump AT&T as the iPhone’s exclusive carrier? An analyst with Piper Jaffray, having examined reams of financial statements, says that AT&T pays Apple $18 per month for each activated iPhone. That works out to $432 per two-year contract. All you rebellious iPhone hackers can sit back knowing you’re denying Apple four bills. Good for you.

There’s something else I’d like to address here, that “250,000 iPhones sold for unlocking purposes.” That’s the number of iPhones sold that haven’t been activated on AT&T yet. May I also suggest that some of these iPhones could have been bought as yet-to-be-given gifts? How many were bought and immediately put on eBay in hopes of making a quick buck on the gray market? That’s just an alternative view.