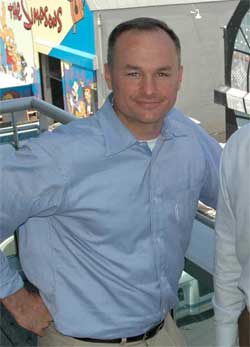 Still no confirmation on that rumored $30 million hedge fund investment (it happened, though), but Kleiner Perkins backed Zazzle is now beefing up it senior management team. Tomorrow they’ll announce that Jim Heckman has joined the company as Chief Strategy Officer.

Heckman was most recently at Fox Interactive Media; he joined Fox when his company, Scout.com, was acquired by them in 2005 for $60 million. Heckman was also the chief negotiator at Fox in their $1 billion search deal with Google.

In other words, they made a heavyweight addition to the management team. Kleiner Perkins’ John
Doerr supposedly recruited him personally.

Zazzle competes with Ponoko, Cafepress and Goodstorm, among others.