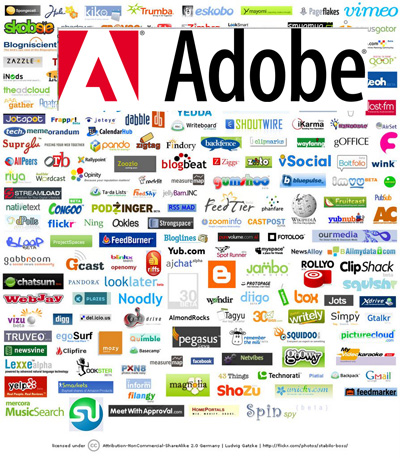 And you thought this whole Web 2.0 thing was a fad. Adobe’s CEO said yesterday that, in five to 10 years, all of its applications, including Photoshop, will be available to use online. Not only that, but that by the time that happens, Adobe said it will have completely shifted its resources from developing desktop applications like we see now to online-only apps. No more multi-gig installs at least.

For my needs, a lot of these Web 2.0 apps serve me perfectly. On a daily basis I use Meebo, Google Docs and Picnik. It makes posting from one of the school’s computer labs, where apps like Photoshop aren’t installed from some reason, so much easier.

EDIT: This seems like a no-brainer for software developers. By shifting their products to be exclusively Online they’ll be able to more effectively restrict piracy and better monetize their content. – Blake