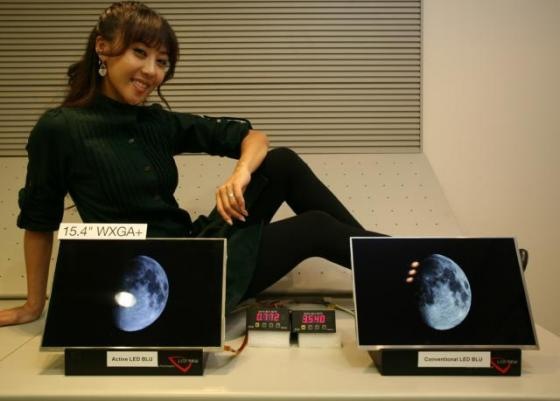 The first Samsung notebooks to include this technology won’t be available until the second half of next year, unfortunately, but if you can find something to keep you occupied until then, you should be fine. Maybe focus on your career, family, or beating Guitar Hero III’s 70-some tracks.

Samsung also announced two other new true 16:9 contrast ratio displays that’ll be available in the first part of next year. So maybe those could keep you busy until the other one comes out. I don’t know. Live your life, man. Stop worrying about when Samsung’s new display technologies are going to get here and focus on the present. One day at a time.