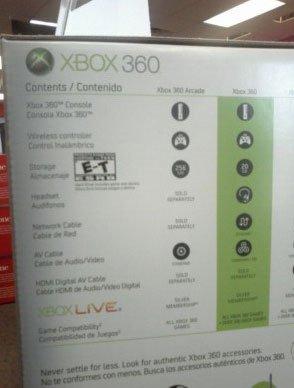 Ok, so the headline isn’t exactly accurate, but this recent photo of the Xbox 360 Arcade packaging is a clear indication that the Core is on the way out. The Arcade is purported to come with a wireless controller, a 256MB memory card and five arcade games. If the Arcade surfaces before the holiday rush, then Nintendo better miraculously produce a ton of Wii consoles or open the door to the warehouse where they’re being held captive because the price of the Arcade will be close to that of the Wii, which is $250. The five arcade games that are rumored to be bundled include Boom-Boom Rocket, Uno, Feeding Frenzy, Luxor 2 and Pac-Man.

Official product shot after the jump 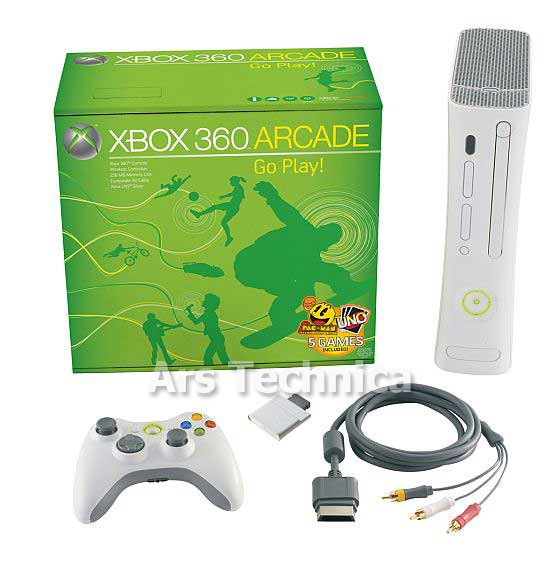