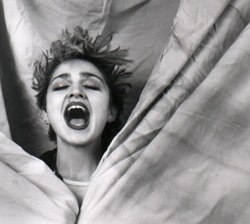 Since reporting Monday that Nine Inch Nails had dumped its record label and was to offer future albums direct to the public, Oasis and Jamiroquai have also joined the move away from the record industry, but the biggest announcement of all is news today that Madonna has dumped the record industry.

Whilst the deal differs from Nine Inch Nails in that Madonna is not offering direct-to-public albums, Live Nation isn’t a record company. The deal shows that even for a world famous act, a record company is no longer required in the days of digital downloads and P2P music sharing.

The only real question now is how fast will the music industry model come tumbling down. When Radiohead led the way in offering their music directly to fans many predicted that the move was the beginning of the end; Madonna may well be the tipping point from where we will now see a flood of recording artists dumping record labels and where todays model will shortly become a footnote in Wikipedia.