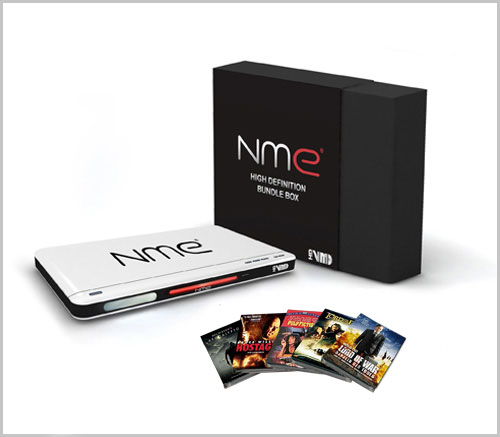 …and I say "take on" loosely, although this is going to be interesting to watch.

So, pros. We’ve got low-cost, region free, and backwards compatible. Cons? Ah, content. The Achilles heel of any new format. There’s a whole lotta nothing right now except for a few older movies like Pulp Fiction.

"Most of the other movies are either lesser-known independents, older films or Bollywood features from India. It’s doubtful that the company will be able to garner support from most major studios, given their already significant investments in the other HD formats," according to technabob.com.

Who knows? This might catch on in other countries and it might be able to develop a DivX-like following here. Only time will tell. Don’t think that HD DVD player prices won’t soon fall below $200 across the board, though. Blu-ray should eventually catch up as well.