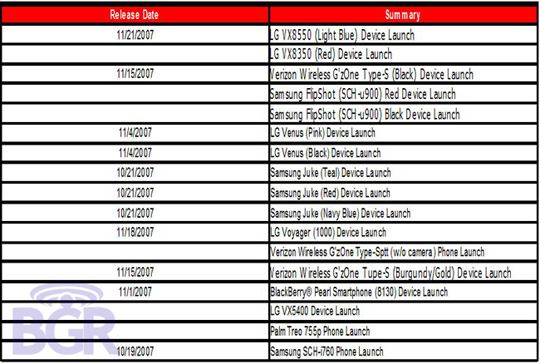 Interested in knowing when the light blue LG Chocolate comes on Verizon Wireless? What about the BlackBerry Pearl 8130? Then take a look at this Joint Photographic Experts Group image, which lists the release dates for several VZW cellphones. There’s no point in rewriting a chart (that’s why it’s a chart to begin with), so soak it in.

Why does VZW refer to some phones as “phones” and others as “devices”? Anyone?